Martha doesn’t get the news she was hoping for.  Love, Apathy is written by DiabloDroid. 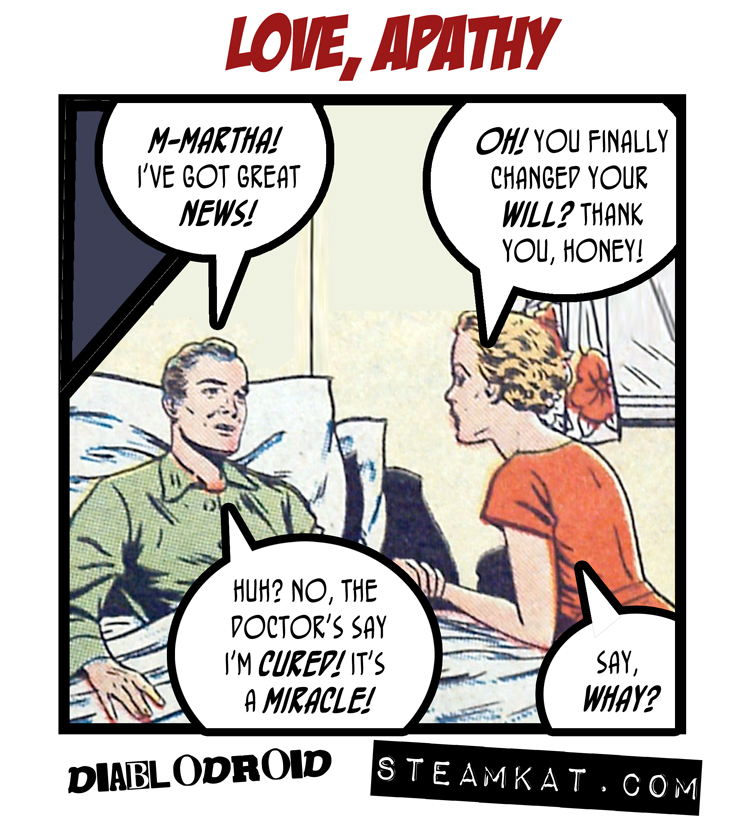 DiabloDroid is a rogue construct, dedicated to the destruction of the human race. His method? The perversion of traditional ideals and human morality in the form of comic strips. Will anyone stop his sociopathic rampage? We don’t know…but he works cheap. So that’s something.