Why exercise and eat right?  With our new sponsor’s diet, you can be just like our President?
By DiabloDroid | June 21, 2017 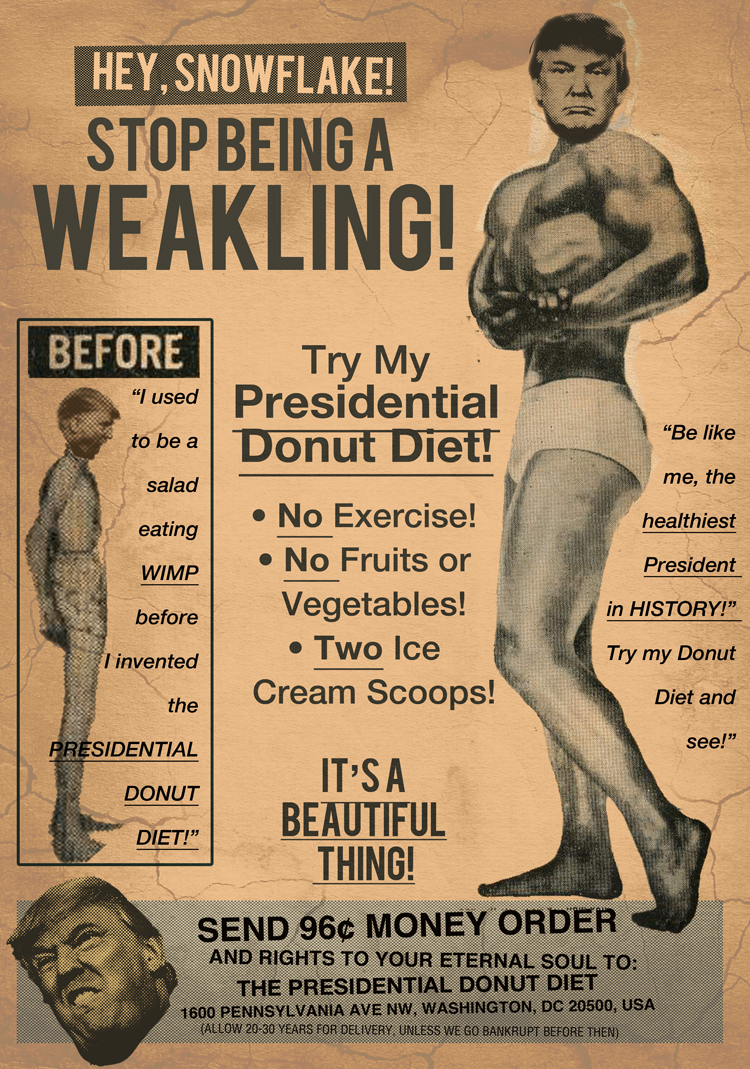