The first known photo of the DiabloDroid construct has recently been discovered.  Circa 1939, the photo appears to take place near the Eiffel Tower, in Paris.

One of the first images of the escaped D1a-810 robot has been discovered in a curio shop in Pakistan.

The exact date of the photograph is uncertain, though indications are that the robot was in Paris in 1939, less than six months after its escape from an Austrian laboratory.  Sightings of the robot have been extremely scarce.  While not known to pose a physical danger, the robot has declared its hatred for humanity, through a series of comic strips, some of which have been featured on this very site. 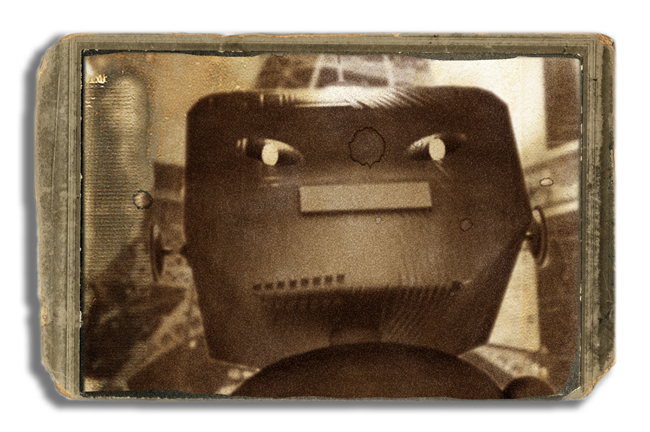